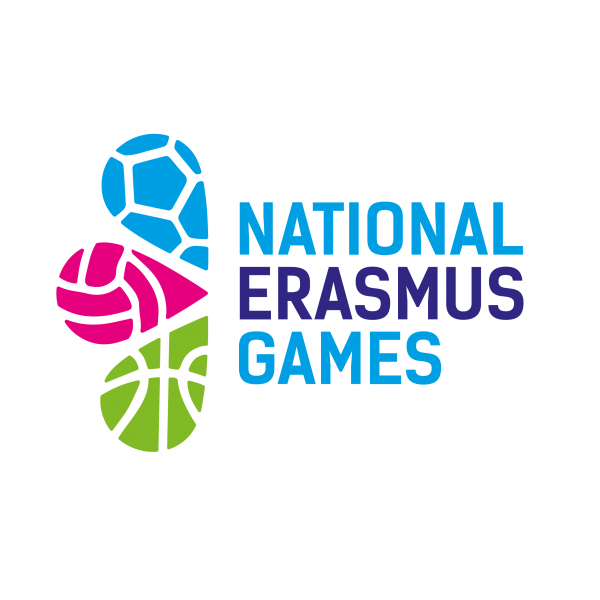 National Erasmus Games is a nationwide project of the Erasmus Student Network organisation, enabling foreign students from all over Poland to participate in sports competitions organised in the form similar to the Olympic Games.

The beginnings of this project can be traced back to many local sports initiatives, but the first major intercollegiate competition took place in 2009 in Warsaw under the name ESN OLYMPICS.The event was organised on the occasion of the 20th anniversary of the Erasmus Student Network organisation. The idea of sports competitions was very much to the liking of both satisfied participants and enthusiastic organizers. Foreign students coming to Poland trained hard and demanded the organisation of subsequent editions of the project until in May 2011 representatives of 11 cities from Poland competed for the best Erasmus team cup.

Currently, the project has 3 levels: local, national and international with teams competing in 3 different categories: futsal, basketball and volleyball on each level. Each section can present at least one team consisting of 11 players, of which 2 must be women. The local level is organised in each city - the winning teams from each of them meet at the national level which is organised by one of the sections in one of the Polish cities. The games last 2 days. At the end of day 2 (after summing up all the points), the official winner of the national level is announced. This team will then represent ESN Poland during International Erasmus Games which are held in one of the European cities.

Both the participants and the fans unanimously claim that National Erasmus Games means fierce competition, incredible emotions, a slightly looser approach, and above all a friendly atmosphere in the international environment. We hope that our competitions will constantly provide all interested parties with many unforgettable experiences and in the future we will be able to develop a project on a pan-European scale.

For more info about the project visit: